Even Jo Van Moer himself was, at one time, a humble truck driver. That ‘hands-on’ experience has played a vital role in the group’s roots. As an entrepreneur, Van Moer’s main focus is achieving sustainable growth. The high-performance and readily scalable ICT environment that goes with it was a missing piece of the puzzle. Van Moer found that missing piece with Arxus (a company from the Uptime Group), a seasoned cloud provider with extensive in-house knowledge on how to deliver high-performance and hyper scalable ICT environments amongst others. 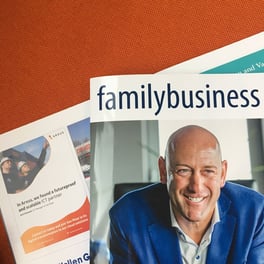 Van Moer is a fully-integrated logistics group with a focus on transport and distribution, warehousing, storage, freight forwarding and special services. Van Moer started out, in 1990, with a one-man business. Since that time the company has grown into a group with 1,100 employees, 380 trucks, 400,000 square meters of warehousing space and 130 million euros in turnover. Van Moer is active on twenty sites in Belgium and three in Romania.

It’s particularly since 2012 that the group has known remarkable year-over-year growth. “Till that time we had been mainly operating at two sites in the Port of Antwerp”, recalls ICT manager Joris Emmanuel. “The ICT support for that had been developed solely in Zwijndrecht.” All applications were deployed in the group’s datacenter: ranging from email and finance to WMS and transport planning.

From on-premise to the cloud

Van Moer dutifully replaced the hardware in the datacenter every five years. “When that exercise next came up, we considered the problem in a new way”, said Joris. “In terms of network connections at Zwijndrecht, there was considerable room for improvement. The continuity of the power supply to the datacenter was another headache.” Above all, the company was having great difficulty – against that steep rise in growth – to design a datacenter that would meet all its needs for the next five years. “And as if that wasn’t complex enough, we also had – at the same time – to replace all the software”, Joris continued. “We were, at the time, still working with a Microsoft Dynamics NAV 2009, whose support was about to be withdrawn.” Instead of investing in a new, enlarged on-premise datacenter, Van Moer decided to take a different tack with his ICT policy. “We opted resolutely for the cloud”, said Jo. “We wanted a futureproof and scalable ICT environment, that would allow us to adequately support the group’s growth path.” Van Moer decided to phase out the old datacenter in Zwijndrecht set up a partnership with Arxus as its ICT partner (a provider of cloud services from the Uptime Group). Van Moer gradually migrated all its applications to Arxus’ datacenter. 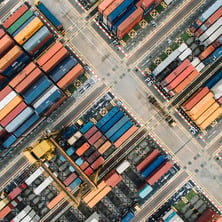 One of the main challenges for Van Moer consisted in the support of email, as its own mail server also needed replacing. The company tried to estimate how big a mail server had to be to stay the pace, for five years, in a fast-growing company. “It was at that very time that many new sites were joining the group”, Joris recalled. “We could not predict the size of that new mail server, that was clear.” So Van Moer decided to switch to Microsoft Office 365.

Once again, with Arxus as ICT partner. “Arxus prepared the migration and performed the necessary tests,” Joris added. “After successfully migrating about fifty mailboxes, we could easily do the rest ourselves.” At present, the group has about 350 email accounts on Office 365. The more the company grows, the more that number can be increased, without difficulty.” Van Moer has deliberately chosen not to keep or renew the existing mail server. Indeed, within a fast-evolving company, an in-house solution never provides an ideal solution. Those who anticipate too much growth, invest in server capacity that significantly exceeds the present demand. Those who underestimate future demand, are stuck with a solution that, before long, is, once again, bursting at the seams. “Consequently, an on-premise server for email was no longer an option”, Joris explained. “Even managed hosting was out of the question. With Office 365 we’re opting resolutely for SaaS (Software-as-a-Service).” The Romanian offices of Van Moer use Office 365 too. “It’s child play really”, says IT Infrastructure Manager Stijn Spooren. “Disk space or archiving are not a concern of ours. Everything is done automatically, in the cloud. Consequently, email is no longer a purely technical matter, but rather a task for an administrator.”