The 15th edition of Linkerwoofer was held this year on the Linkeroever in Antwerp. The festival has become a fixture on the Belgian festival calendar. The event that all started as a mini festival organised by a small group of friends, attracting less than 500 visitors, was supported this year by an impressive 300 volunteers. They ensured that around 15,000 visitors enjoyed a fun and stress-free afternoon with their families, with tasty food and of course fantastic performances against the Antwerp skyline. This was the first time the organisation used Microsoft Teams to make sure the planning, construction, dismantling and communication all went smoothly.

“Microsoft Teams helps our team work together more efficiently by involving everyone in the planning process. Everyone can consult and edit the schedule and the accompanying documents. As such, everyone is aware of what is going on, all the time, wherever they are.”

Challenge: efficiently planning and organising a festival involving over 300 volunteers and 15,000 visitors

Linkerwoofer has grown significantly in recent years. The festival has become a great success, which means that the organisers – all of whom are volunteers – were gradually reaching the limits of what they could do in terms of logistics and practical organisation. Efficiency was starting to suffer.

“We have a core team made up of a few people who work on the preparation of the festival throughout the year. As the festival draws closer, more and more volunteers are involved to make sure everything goes smoothly", said Ruben Eeckelaert, Linkerwoofer’s logistics manager.

“Our large team of volunteer coordinators is precisely what causes a number of practical difficulties: meetings often have to be held after working hours and we used to communicate by phone, text, WhatsApp, e-mail, Facebook Messenger and so on. The result was that things often got forgotten or were difficult to find. The same applied to file sharing: our documents were saved locally, in Google Drive or on a cloud drive somewhere, with the result that different people were often working with different versions or information simply got lost. That needed to change. We wanted to work more efficiently, while keeping things user-friendly: at the end of the day, not all volunteers have the same amount of experience with IT tools.” 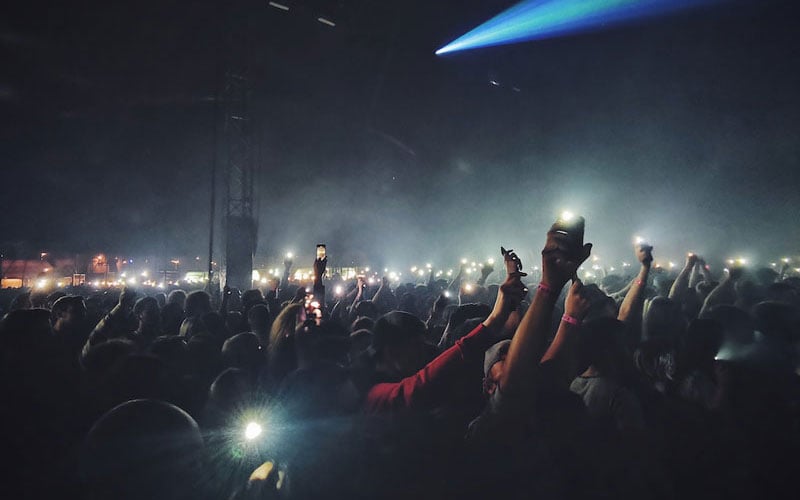 A second challenge was planning. Linkerwoofer used a large Excel spreadsheet, containing more than 800 lines, for the preparation, construction and dismantling of the festival. “It took a long time to make that Excel document, but to be honest, we never really used it”, Ruben admits. “The main reason was that it wasn’t clear or practical. Before making that Excel file, we had also tried project management tools. But they were often too extensive or limited for our specific needs. We were also looking for an integrated communication channel.”

That brings us to the last challenge: communication. The different communication channels used by the Linkerwoofer team made it hard to manage information flows. “Sometimes we didn’t get all the information from certain meetings or one-on-one conversations. That meant we couldn’t share it with others and a lot of communication was lost or duplicated. That is not a disaster in itself, but it is a waste of time. In a nutshell, we were mainly looking for a way to make organising our festival more efficient and less time-consuming", Ruben concludes.

To tackle all these challenges, Arxus suggested that the festival could use Microsoft Teams for the 2019 edition. That gave Linkerwoofer a simple and intuitive solution to communicate efficiently. The integrated Microsoft Planner also ensured that creating and using the schedule would be user-friendly for the volunteers. 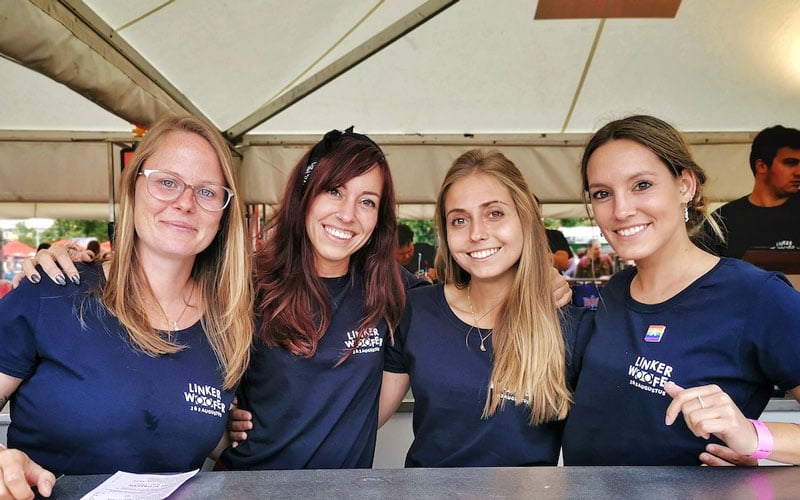 “I must say I was impressed with how easy it was to use Microsoft Teams”, says Ruben Eeckelaert. “In just one afternoon, we managed to set up the different channels and groups exactly the way we wanted to and we had started working with Microsoft Planner. Every plan has its own board where you can organise your tasks in ‘buckets’. Once we knew which buckets we wanted to use, it was all pretty straightforward: everyone started creating tasks and assigning them to the right buckets and people. That helped us turn our 800-line Excel sheet into a well-structured plan that could be easily consulted and edited by all of our team members, whether they were using a PC or the mobile app. You can imagine how handy that is on a festival site.”

Result: fewer meetings, hours of time saved, more efficient communication and a ready-to-use schedule for the next edition

After Linkerwoofer 2019, the verdict on Microsoft Teams was extremely positive. The preparation had gone smoothly and construction and dismantling had been more efficient than in previous years. The entire team was exceedingly satisfied with the platform, without exception.

“In the preparation phase, we soon noticed that Microsoft Teams was exactly what we needed", says Ruben. “Microsoft Teams made it easy for us to set up video calls, which was very convenient when team members were abroad for work. Moreover, it makes it easy to save reports, tasks and ideas centrally. The planner helped us turn those 800 lines in Excel into a far clearer schedule that we did actually use. Team members could access the schedule on their mobile without difficulty, so they knew exactly what they needed to do and by when.”

“Construction went extremely smoothly because we were able to coordinate different tasks. In the past, there would be a task called ‘supplier X delivering material Y’. This time round, our team members on the ground could see immediately what was being delivered as well as where it had to go and so on. Once a task had been completed, they could simply tick it off. This was the first time we were done setting up four hours before the official opening. So that meant a lot less stress!” Ruben laughs. “The same applied to dismantling, which also went much more smoothly than in previous years.” 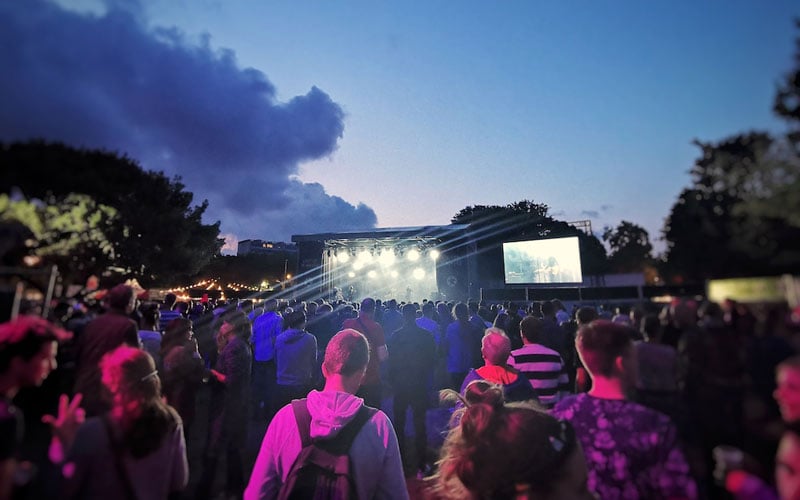 During the festival itself, there was a touch screen in the coordination area that permanently displayed the schedule. That gave us a centralised overview of what was going on.

“The main improvement was in terms of communication, thanks to a single channel and the user-friendly planner”, Ruben explains. “Setting up a schedule in Microsoft Planner was incredibly easy. Everyone could consult and edit the schedule at any time, wherever they were. And you shouldn’t underestimate the ‘fun factor’. The schedule really came to life and we were able to follow the results of our hard work in real time, which created a fun group dynamic!”

After the festival, the organisation also noticed two additional advantages: “Looking back, the biggest benefit was probably that we could adjust the entire schedule organically as we went along. We could add or delete tasks depending on the situation. That meant that when the festival was over, we had a perfect basis for the planning of the next edition. We will be saving even more time because most of the current planning and schedule – which has been tested and optimised – can be reused.”

“A second advantage is that our volunteers often came up with new ideas for ways to use the platform. For example, all the invoices for our purchases were photographed and saved in a central channel on Teams. So there was no need for us to try and remember where we had put the invoices. I think that made our accountant happier than anyone”, Ruben laughs.

Receive our latest articles on a monthly basis and stay informed about the latest developments in business first cloud solutions.