Resengo is a Belgian digital company that develops online booking systems. Restaurants are its main target group. They also do sauna & wellness, sports & fun (such as paintball and indoor playgrounds) and corporate (bookings of meeting rooms and sales representatives).

Every month, the Resengo platform handles over 1.3 million online restaurant reservations. The Berchem-based company has grown very rapidly. Its sole focus is to further develop its applications. For everything to do with the underlying infrastructure Resengo relies on the services of Arxus.

Our ambition is to completely migrate to Microsoft Azure eventually. But we're taking the time needed. And for now our  hybrid cloud is the perfect solution.

Peculiar to Resengo is that the company puts forward a complete offering of services: not only its very own booking system and the back office that goes with it, but also the requisite plug-ins to connect the website of a company to the system. Not to mention a website that offers potential customers a search button, e.g. to find a restaurant in the neighborhood where you can book a table via Resengo.

Resengo has expanded rapidly in the past few years. The company now has ca. 3,000 customers and handles an average of 1.3 million online restaurant reservations per month. The total monthly volume of reservations is around 3 million. Resengo is based in Berchem and has thirty staff.

Migration to the hybrid cloud

Until a few years ago, Resengo marketed its apps from its own ICT infrastructure, hosted by an external partner. When a top chef opened a new restaurant and the advance booking system crashed under the flood of enquiries, it transpired that that partner was unable to offer the website availability and scalability that Resengo needed, at that moment, for that particular customer. “No optimal match was to be had”, says Kristof Pipers, Lead Developer & Architect at Resengo. “So we carefully developed a new strategy.”

Moving everything, there and then, to the cloud was not the right option, Resengo decided. The company found the ideal approach in a tender from Arxus – an Uptime Group company. Arxus developed a solution for Resengo based on virtual servers that run on dedicated hardware in Arxus' datacenter, seamlessly combined with Microsoft Azure.

“In our head office in Berchem we still have a few servers that we use in our development work”, says Robbie Hontelé, Functional & Business Analyst at Resengo, “but, for all the rest, we outsourced the management part to Arxus.”

In concrete terms, six virtual machines and a load balancer are running at Arxus. And, for another six services, Resengo relies on Azure.  “The general expectation is that we, in time, will migrate fully to the cloud”, Hontelé continued. “But we are in no rush. We'll take however long it takes."

Resengo's core applications were originally developed in classic ASP. Bit by bit, Resengo rewrote the apps in .NET. A migration to the cloud was only feasible after that. Resengo's entire office environment is already in the cloud, via Microsoft Office 365. Arxus is tasked with managing the licenses. 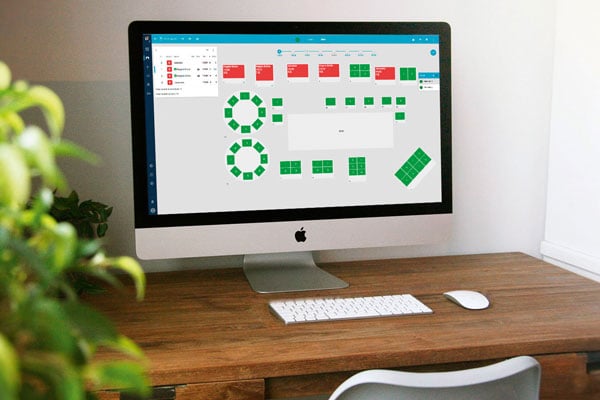 As far as ICT infrastructure is concerned, the cooperation with Arxus affords Resengo a crucial advantage. The company can now concentrate fully on its core activities: firstly, the development of new functionalities and apps and, secondly, the after-sales support of its customers.

“Arxus takes care of the entire infrastructure part”, said Pipers. “That ensures that we, ourselves, don't need to invest in machines, nor in infrastructure knowledge. Arxus provides us with that expertise.” Arxus also affords guarantees as regards website availability, performance and security which – for Resengo, under its own management – weren't directly evident. “The success of our product hinges on its availability”, argued Hontelé. “A customer wants to book a table, but the system isn't working? Well, then he simply clicks through to a competitor's site. Arxus ensures that the apps are online 24/7. Which means we can concentrate fully on improving and extending our services offering.”

At Resengo, website availability is closely linked to scalability. “We're growing very rapidly”, said Pipers. “Behind the scenes we have to switch quickly, as needed. For example, adding virtual machines to meet the demand.” That has often turned out to be a weak point in the past. Resengo couldn't absorb those demand peaks itself, nor did it have the resources to develop the requisite expertise in-house. “Just think of the specific technical job profiles that you'd need for that”, Hontelé continued. “In the present war for talent that caliber of personnel is very hard to find. And even then: that expertise on ICT infrastructure is not part of our core business. It's much better and more efficient, for us, to fill the need for scalability via Arxus.” 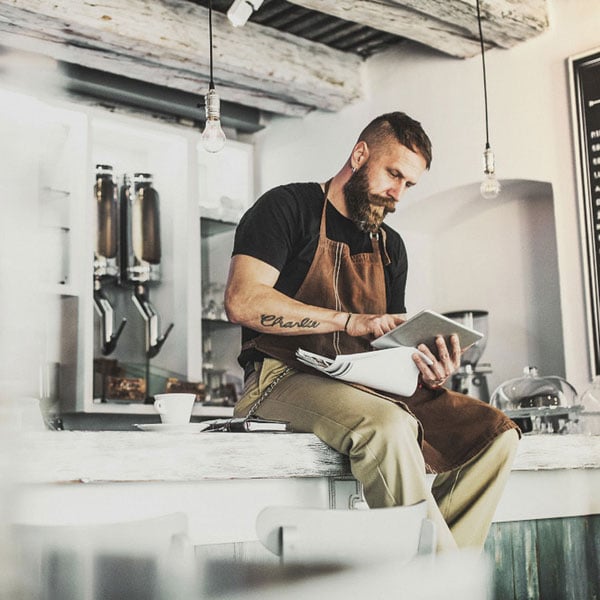 What's more, Resengo has the added advantage that Arxus can also act as a unique point of contact for any kind of ICT-problem. Arxus has ready access to the broad ICT-expertise of the whole Uptime Group. “Whatever the issue may be, they always come back with a solution”, Pipers confirmed. “Not only does that give us a sense of security, it’s also just very convenient that we have all the required expertise at hand via Arxus.” 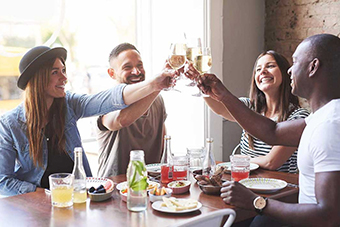 The 15th edition of Linkerwoofer was held this year on the Linkeroever in Antwerp. The festival has become a fixture on the Belgian festival calendar. The event that all started as a mini festival organised by a small group of friends, attracting less than 500 visitors, was supported this year by

Xerius opts for Azure first strategy in a hybrid environment

Xerius is a group of organisations that manage a service desk for entrepreneurs, a social insurance fund, a mutual insurance association and a recognised actor for the payment of the My Family growth package (the former child benefit).

Port+, a company that provides data services to carriers, their ship’s agents, nautical partners and sub-suppliers in the Port of Antwerp, believes that the future of IT for SME's is in the cloud. Therefore Port+ migrated its IT environment to the cloud in collaboration with Arxus.